As citizens of the world, we face a number of daunting challenges. For starters, there are approximately 800 million people living at the starvation level, 2.5 billion people who suffer from illness because they have no access to sanitation, 1.1 billion people who still have no clean drinking water, and countless others who have been affected by dramatic climate changes.

Unfortunately, we live in a world where resources, funds, and political will to solve many of these problems are severely limited. Deciding just which problem to address first can be quite tricky. To solve this dilemma the author believes that if we rationally set hierarchical priorities it will be easier to focus our immediate attention on the most serious of global needs.

Weighing the costs versus the benefits for international action on any one issue is a difficult task, and attempting to impose a common cost-benefit framework so that one issue can be compared with another is an ambitious exercise, often leading to disagreement.

There is no question that the Copenhagen Consensus has already started an important global debate on the idea of economic prioritizing of resources, and it is a debate which will most likely continue for many years ahead. 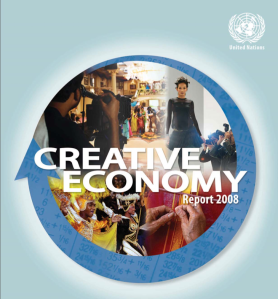 Evidence shows that trade in creative goods and services is important to the economies of developing countries, and the importance of this trade high- lights the strength of the creative economy in many parts of the developing world. Despite the difficult obstacles that many developing countries face in accessing global markets for creative products there is the potential for looking to export expansion as a source of growth for the creative economies of these countries.

Policy strategies to encourage the development of the creative industries in Southern countries must recognize the cross-cutting and multidisciplinary nature of the creative economy, with its widespread economic, social and cultural linkages and ramifications. Key elements in any package of policy measures are likely to emphasize the “creative nexus” between investment, technology, entrepreneurship and trade.

Evidence-based policy-making is hampered at present by a lack of comprehensive and reliable data on the various dimensions of the creative economy. Progress can be made in assessing production and trade in creative products in developing countries using existing statistical sources. Further progress, however, requires the development of new models for gathering data (qualitative and quantitative) concerning the creative industries and how they function within the economy as well as improvement in the quality of current data-collection processes.

Current IPR legislation has not been able to avoid economic asymmetries. Therefore, efforts to enforce IPR regimes should ensure that the interests of artists and creators from developing countries are duly taken into account. Intellectual property should provide a stimulus to creators and entrepreneurs in the form of a tradable economic asset that is instrumental to enhancing the potential of the creative sector for development.

A couple of weeks ago my mother shared this article with me. In which the current General Secretary of the UN,  mentioned 5 moral imperatives and some other crucial statements, leaving aside the criticism he has received, and after reading this article there are 4 crucial points that we should be aware of and must keep it in mind, for being earth inhabitants: